Disposal of fluorescent and mercury-containing lamps

Mercury is an extremely dangerous substance.

According to RF Government Decree No. 681 of 09.03.2010 "On Approval of the Rules for Waste Management in Lighting Devices, lamps, inadequate collection, transportation, accumulation, use, disinfection and placement of which may cause damage to life, health of citizens, harm to animals, plants and the environment " CATEGORALLY PROHIBITED:

In addition, according to СанПин 2.1.7.1322-03 the accumulation of fluorescent and mercury-containing lamps is permitted:

- exclusively in sealed circulating containers (containers, barrels, cisterns)
- separately from other types of waste;
- Indoors,
- away from heating objects.

Our plant is equipped with a module for neutralizing and recycling luminescent and mercury-containing lamps, in addition to this, recycling of thermometers and other devices containing mercury is carried out. 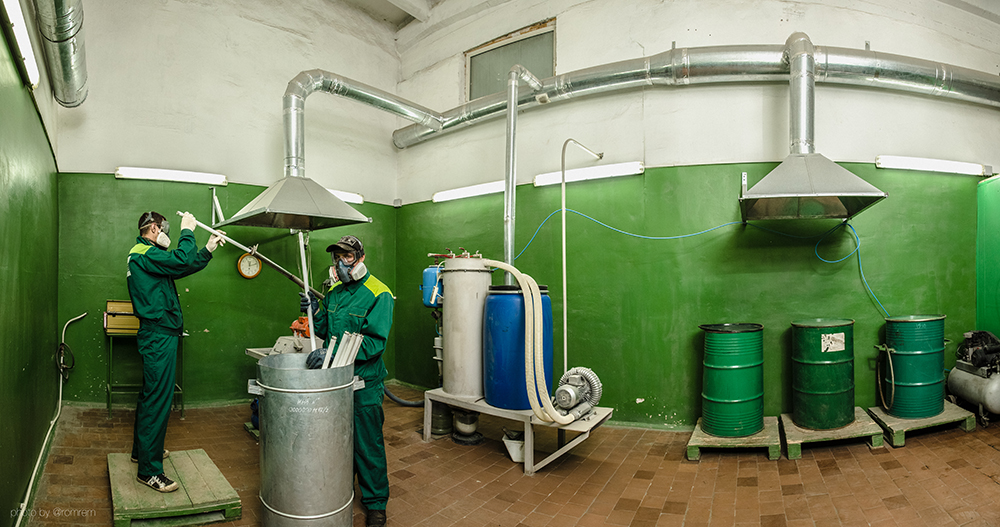 The room in which the module is located is equipped according to the ecological and sanitary-hygienic requirements:

- supply and exhaust ventilation;
- temperature and humidity sensors;
- gas analyzer, which allows measuring the content of mercury vapor in the air.

The most dangerous are precisely mercury vapor, they accumulate in the body, and at a high concentration they begin to be absorbed into the skin, causing acute or chronic poisoning. 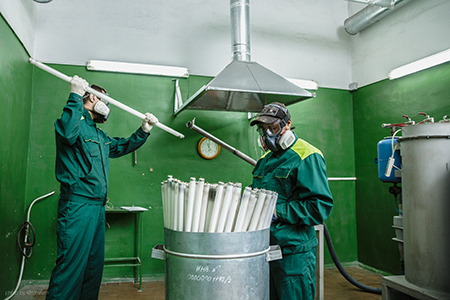 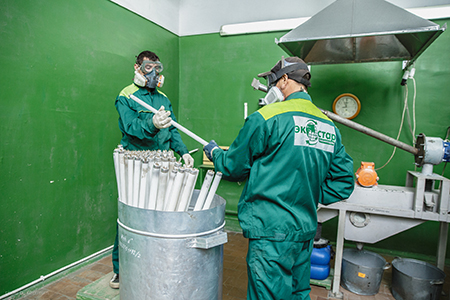 For one shift, the module processes up to 4,000 pieces of lamps . During the processing of mercury-containing lamps, the following components are formed: lamp caps and glass.
At the first stage of utilization, there is a crushing and separation of glass, metal and plastic, which subsequently become the raw material for secondary processing and are again involved in economic circulation. The mercury vapor passes through a multi-stage purification system and settles on the final filter with activated carbon and the negatively charged sulfur ions planted on it. As a result, a base that is insoluble in water is formed - mercury sulphide, which is already equated to the fourth class of danger and can be placed on the landfill. Then, after cleaning, the air passes through the carbon filter with the addition of chemicals. This is complete air purification, and already purified air is discharged into the atmosphere.
© EcoStar Tehnology, 2008-2016
ABOUT COMPANY
NEWS
OUR SERVICES
LEGISLATION
PHOTO GALLERY
CONTACTS